I recently had the opportunity to discuss the fascinating subject of running with Brady Holmer, an accomplished runner who is currently pursuing a PhD in Applied Physiology at the University of Florida.

As a 58-year-old who, until recently, had thought my days of distance running had long passed me by, I was interested in learning whatever I could to make my goal of running a half marathon more achievable.

In this recorded interview, which has been published on the Simply Snackin’ YouTube page, Brady fields questions about hydration, training distances and intensities, footwear, heart rates, apps and other running technology, and much more. After the interview, Brady sent me a customizable half marathon training program, geared for someone like me, who had three or four days per week available for training and willing to work up to running 20 to 25 miles per week. 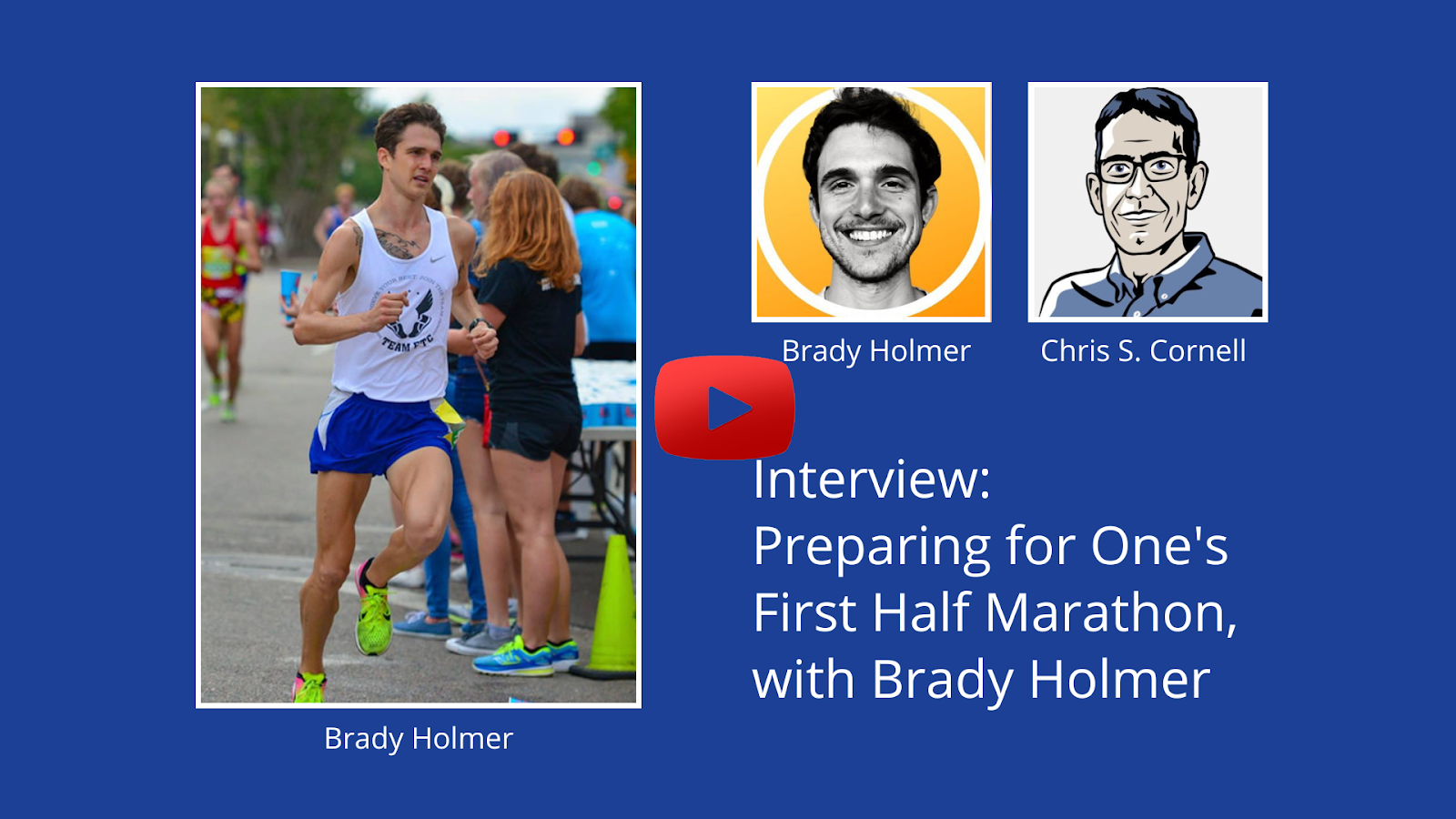 Last spring, Brady designed a 5k training plan that helped me improve my per mile pace from 9:31 to 8:01, and helped me achieve my goal of breaking 25 minutes on a 5k run.

Brady provides great information for anyone interested in improving their distance running abilities, particularly anyone considering running their first half marathon.

Brady kicked off this interview with an acknowledgement that there are many different approaches people can employ as they train for an event like this, and that one’s abilities and goals will greatly influence the design of a plan for a specific individual.

“There are so many nuances, so many ways to approach things, and that's what I will try to convey with some of my answers,” said Brady. “I’m going to tell you a strategy you can use to like train for your half marathon, but by no means is this the only way, I'm not the sole authority on this, and everybody is an individual. There are lots of different approaches...”

I asked Brady what kind of things someone like me, who has never run this kind of distance before, should be concerned with, whether a half marathon is a reasonable goal, how much time it should take, and what type of training I should be doing.

“You have five months or so to train for the race, which in my opinion, is plenty of time to sort of build yourself up to get in half marathon shape,” Brady told me. “I do believe that regardless of baseline fitness level, obviously you want to be healthy enough to start running, but most people can complete a half marathon, or a marathon, if that's eventually your goal. Starting out, I think there is probably a bare minimum of running that you want to be able to devote yourself to doing during the week. I think for a half marathon I would say three days a week is kind of the bare minimum.”

Brady suggested a first-time half marathoner consider working up to somewhere in the range of 25-30 miles per week, with the knowledge that one’s pace per mile will dictate how much total time that will take. He told me I should consider allotting up to five hours per week to the program.

I told Brady I was willing to commit to three days of running per week for the first couple of months, with the possibility of adding a fourth day as the race date got closer.

“What's going to be most important for something like a half marathon is that weekly long run,” Brady told me. He advised me to schedule a couple of shorter runs during the week, with a longer run on one of the weekend days.

“Typically, a weekend day is devoted to a long run, where you're probably going to get maybe a third or half of your weekly mileage just within that run,” said Brady. “ That long run is going to be one of the key pieces in the training plan.”

Brady told me I would likely be targeting 10 to 12 miles on many of those distance runs, something I haven’t attempted in more than 40 years.

“That long run is really important because you need to train your aerobic system and your musculoskeletal system just to be able to handle that time on your feet,” said Brady. “You're going to be out there on the half marathon course anywhere between an hour-and-a-half to three-plus hours. So you want to make sure you are actually able to run for that long.”

I asked Brady if there is any equipment, gadgets, or apps that are essential for someone starting out with a half marathon training program.

“I think anybody who is going to be at least somewhat serious about running needs is a GPS watch (he mentioned popular brands such as the Apple watch, FitBit and Garmin),” said Brady, “and if somebody doesn't want to wear a watch, you could download the Strava app and use your phone's GPS to log your runs.”

Brady said the watches have the advantage of providing individuals with their resting heart rate and heart rate during workouts that will allow them to see how  fitness is improving over time.

Brady also discussed benefits of the Strava app which makes it easy for runners to record their workouts and easily keep track of their progress.

“Strava is fun, said Brady. “It’s sort of like a social media app for fitness. You can see your friends’ workouts, and sometimes that can be helpful. You can give kudos and things like that; those can be motivational tools for some people.”

I asked Brady if a chest heart rate monitor is a necessary tool for running.

“Chest heart rate monitors are going to be a little more accurate than the wrist worn ones,” said Brady, but he added that the wrist monitor was accurate enough to provide useful information for most people just starting out. ”I've worn straps and watches at the same time ,and they seem to sync up pretty well.”

Brady went into much greater detail about building a training program in the interview. I really suggest you listen to the entire conversation if you’re considering running your first half marathon or some other distance race in the near future.

Here are a few more key topics, along with links to that specific section of the interview.

Brady Holmer is a PhD candidate in applied physiology at the University of Florida. He holds a bachelors of science in exercise science from Northern Kentucky University. His research is focused on the effects of exercise and sleep on cardiovascular health and function in humans. Brady ran division I cross country and track for Northern Kentucky University. His PRs include 4:32 (mile), 15:16 (5k), 31:46 (10k), 1:10:36 (half marathon), and 2:55 (full marathon). 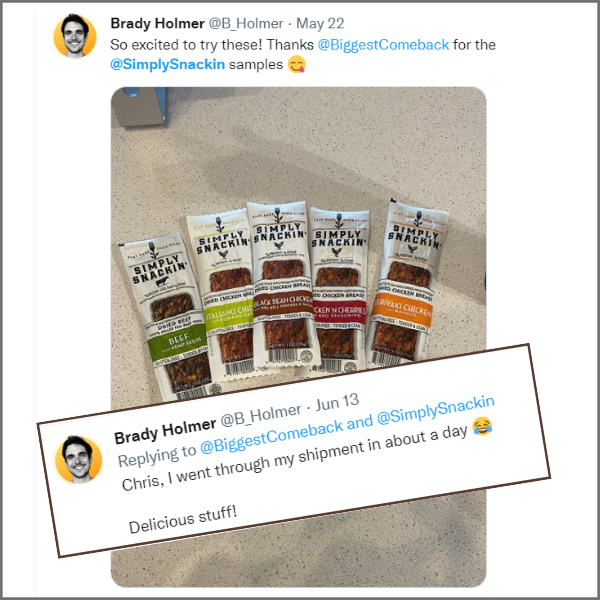